The most buzzed-about winner of this year’s MacArthur Fellowships — those $625,000, no-strings-attached “genius grants” — was Alison Bechdel, a 54-year-old lesbian artist from Bolton, Vermont. Bechdel isn’t just the second cartoonist to receive the prestigious fellowship in the organization’s 33-year history (the first was Ben Katchor, in 2000); she’s the only one of this year’s winners with a pop-culture metric named after her.

That would be the Bechdel Test, an idea inspired by a friend of hers and immortalized nearly 30 years ago in the writer’s late, long running alt-weekly comic strip Dykes To Watch Out For. To pass, a movie TV show or book has to have at least two female characters in it talking to each other about something other than a man. (Hollywood tends to perform rather poorly by this benchmark.) Bechdel says she’s happy that the gender-bias test has gained cultural currency in recent years, citing in particular a FiveThirtyEight statistical analysis debunking the prevailing wisdom that films featuring “meaningful interactions between women” tend to fare worse at the box office. However, “I don’t feel particularly evangelical about [the test],” the illustrator — and avowed Sex and the City fan — says. 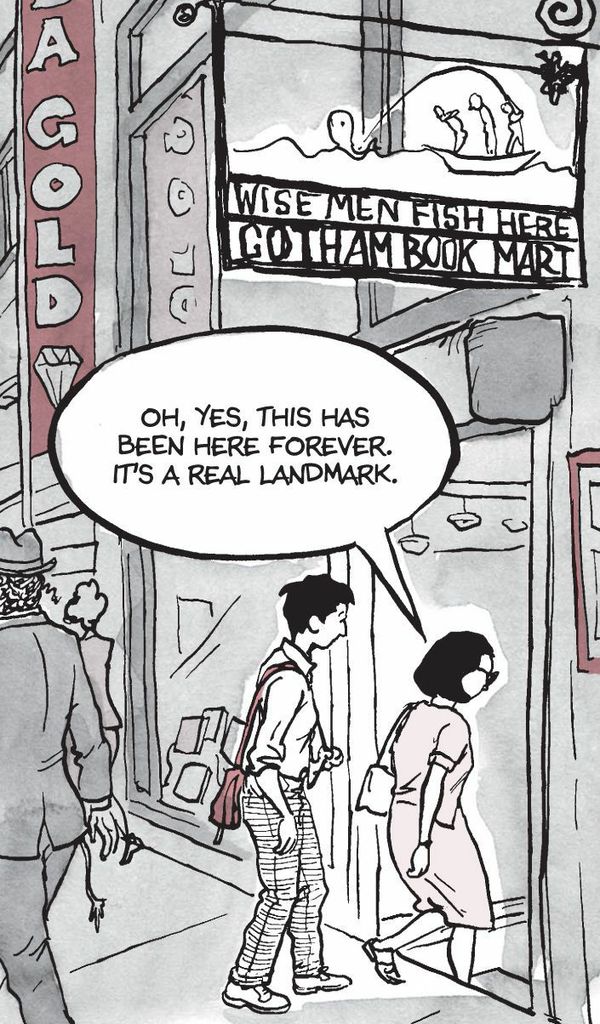 Bechdel first came to mainstream acclaim in 2006, with the publication of her bestselling graphic novel Fun Home. A dual memoir of sorts, the book focuses on her fraught relationship with her father, a closeted gay man who died when he was hit by a truck — Bechdel deems it a suicide —at age 44. “In a way, it was my relationship with my father and my father’s history that lay behind my comic strip,” she says. “Because of him, I was determined to be very out and open about my queerness. My whole career has kind of spun out of that dynamic.” (The Fun Home musical adaptation that played at New York’s Public Theater in 2013, and which Bechdel had minimal involvement in, will open on Broadway this spring.)

The cartoonist then turned her attention to her other parent for 2012’s psychoanalytic Are You My Mother?, but given the emotional drain those books caused the author and her family — which includes brother John Bechdel, keyboardist for Ministry — she’s now working on a lighter graphic memoir called The Secret to Superhuman Strength. “It’s about my own exercise history, because I’ve always followed all the trends,” says Bechdel, who’s currently learning the ancient Chinese healing practice of qigong. “So in that sense it’s also a cultural history of all the weird phases [America has] gone through as over the past 50 years.” Eventually, she’ll return to the subject of her family: “I still have more secrets to air.”

As for the MacArthur grant, Bechdel says she’ll use it for “really boring” purposes, like getting out of debt and saving for retirement. On a more profound level, the honor is forcing her to reevaluate her self-perception. “Since I got the call, I’ve had to think about myself differently, which is kind of a challenge,” she says. “I’m always whining about something — I’m an insecure sort of person in general. But now I can’t sit around whining. It’s, ‘Okay, you have achieved something, you are successful, so shut up and get on with your work.’ I have to man up and act like an adult.”